Last week our fabric tour took us to India, where we visited Kashmir and a number of villages along the Coromandel Coast.

Since then I have learned that kohlrabi is the most commonly eaten vegetable in Kashmir.  This has nothing to do with textiles, or this weeks wrap of the textile tour, but I still thought it was interesting.

This week we tour to Far East (mostly China), and the rest of the world, which hasn’t done a very good job of getting textiles named after it.

For our tour we could go anywhere in China, to commemorate crêpe de Chine and china silk. 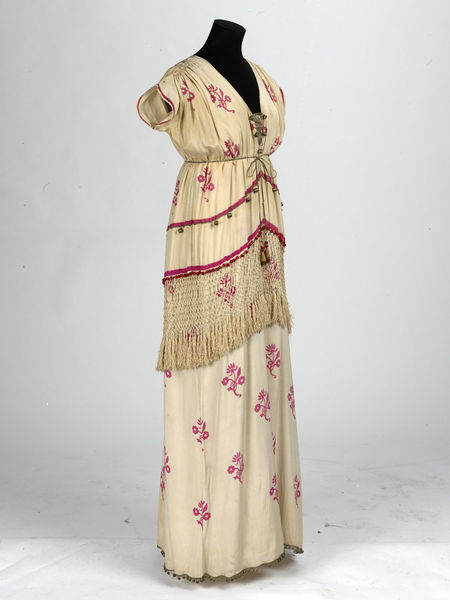 Grecian inspired wedding dress of crepe de chine for Helena in a 1914 production of A Midsummer Nights Dream. Costume Design by Norman Wilkinson. Collection of the V&A Museum

Guangzhou and Guangzhou Province were known as Canton before the 20th century, and give us Canton crepe.

Guangzhou. Ummm…it’s a city. I’m sure it’s nice if you are there.

Shandong Province gives us silk shantung, the characteristic irregular dupioni-type silk fabric that is one of its major exports. 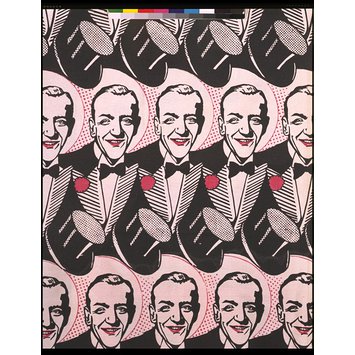 Quanzhou in Fujian Province gave us satin, as the port was called Zaitun by the Middle Eastern traders who first brought it to Europe. 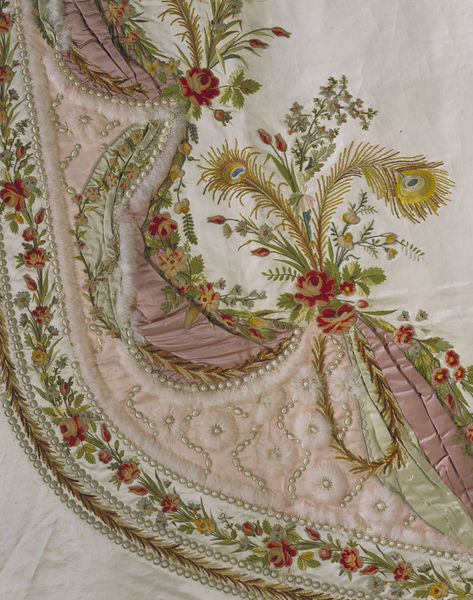 Outside of China, but still in the far east, Thailand is famous for Thai silk, though the term is still of questionably merit as a name for a fabric.

Oh yes, going to Thailand would be fun! 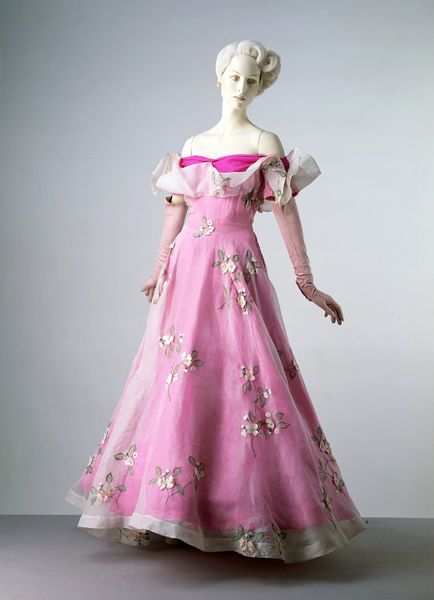 Evening dress by Elsa Schiaparelli, overdress of silk organza, with cotton machine embroidery and velvet applique, and underdress of Thai silk. Collection of the V&A

Kyoto silk is another interesting term, as it used to be a euphemism for artificial silks such as rayon.  The term is rarely used today, which must be a relief to the silk weaving industry of Kyoto, Japan.

Kyoto. Definitely a place I want to go to!

Outside of Europe, the Middle East, India and the Far East, there aren’t a lot of textiles named after places.  Time for the Austral-Pacific, the Americas, and Africa to pull finger and start naming fabrics after their locales!

The America’s are so far behind in naming fabrics that not only have they not immortalised ‘saopaolan’ or ‘manitob’ as fabrics, they have resorted to naming places after fabrics, rather than vice versa.

With this in mind, let’s finish out tour on the island of Bombazine Island in Maine, which is named after bombazine fabric.

Casco Bay, with Bombazine Island, from the air