Have you noticed how many fabrics are named after locations?

Some fabric names taken from places go back to Roman times, and we are still naming fabrics after the places where they are made today (Thai silk for example).

I’d love to do a tour of the world, visiting all the cities and locales that have fabrics named after them. It would make a good documentary.
Starting in Europe, I could go to:
Paisley in Scotland, which produced so many boteh patterned shawls in the 19th century that the cities name became synonymous with paisley fabric.

The fabric is also pretty…
Argyll in Western Scotland, the seat of Clan Campbell, whose traditional tartan pattern inspired the argyle pattern.

The best use I have ever seen of the argyle pattern

Tweed, through a misreading of the Scottish spelling of twill (tweel) is named after the Tweed River on the Scottish/English border. And of course, this gives us an excuse to visit Harris and Donegal to see the tweeds named after each of those locations.

Is all of Scotland this beautiful?

Bedford England is an obvious choice, having given us Bedford cord (a fabric similar to corduroy, hence the second part of the name). The bridge at Bedford

Do you think Mr Dreamy would be mad if he came home tonight and found a note saying “gone to Oxford, see you in a few weeks?”

The Channel Island of Jersey produced such excellent knits that it gave its name to jersey knit. All of Britain looks fabulous when the sun shine

The Via Gellia valley in Derbyshire was the location of the Viyella factory, and gave it’s name to the first branded fabric in the world.

Not quite the highest sea cliffs in the world, but still spectacular Just about anywhere in the Netherlands, as the whole country gave its name to holland cloth.

Some pretty impressive aqua-scaping in Friesland, my ancestral homeland A Medieval Hollander with a holland cloth cap and shawl

NÃ®mes, France, to see the birthplace of denim. (from serge de NÃ®mes) The name denim has been used in the US since the 18th century.

Nimes, home of aqueducts and denim. How awesome is that?

Is this denim map of the world AMAZING or what?  Check out the full size image.
Laon, France, was a major producer of linen lawn, and gave the fabric its name. 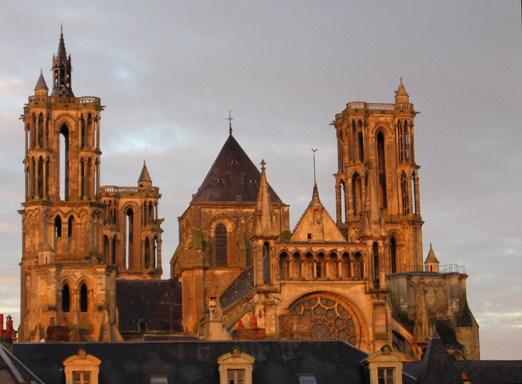 Why don't I live somewhere where there are cathedrals? Jouy-en-Josas, France, of course, gives us toile de jouy, the fabric that was produced in the area from the mid-18th century.

Fittingly, the scenery at Jouy-en-Josas is more pretty than striking, rather like the fabric named after it.

Marcella is usually known as pique in the US, but its British name reveals the fabrics origins as an attempt to imitate the distinctive corded ProvenÃ§al quilts which were made in Marseilles beginning in the 1700s and imported into England. 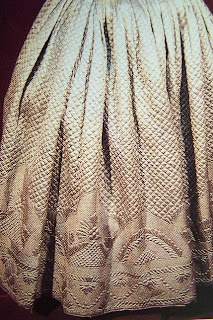 Marseilles is as beautiful as the petticoat

Cambrai, France, managed to supply two names for fabric, cambric and batiste, after the Baptiste of Cambrai. Batiste and cambric are sometimes described as the same fabric, and sometimes batiste is used to describe the thinner, softer, finer version of the fabric, and cambric (or chambray) the heavier version.

It turns out that Cambria isn’t a very picturesque city these days.  At least it looks good in old images!

Genoa, Italy gives us jean, which originally referred to a lighter fabric than denim. The name is actually because the first denim trousers were made in Genoa, not because of the fabric, but I think it is close enough.

And with that, I leave you, because it turns out that it is nearly impossible to source images of jean fabric (rather than denim fabric).  Next week I’ll take you on a tour of fabric in the Middle East and North Africa